This year, OpenStack participated in Open Source Day (OSD) at the Grace Hopper Celebration of Women in Computing (GHC) for the second time. The main focus of this year’s Open Source Day was humanitarian applications. Along with OpenStack, participating open source projects included Microsoft Disaster Recovery, Ushahidi, Sahana Software Foundation and others.

As important as it is to build humanitarian applications, it is equally important that they are up and running in times of need and disaster. Hence, the OpenStack code-a-thon focused on building fault tolerant and scalable architectures using servers, databases and load balancers.

The six-hour code-a-thon started at 12.30 p.m. October 8. OpenStack had more than 55 participants ranging from college and university students, to professors and teachers, to professionals from various software companies. The day kicked off with a presentation by Egle Sigler on the basics of cloud computing and OpenStack, and what factors one must keep in mind when designing a fault tolerant architecture. 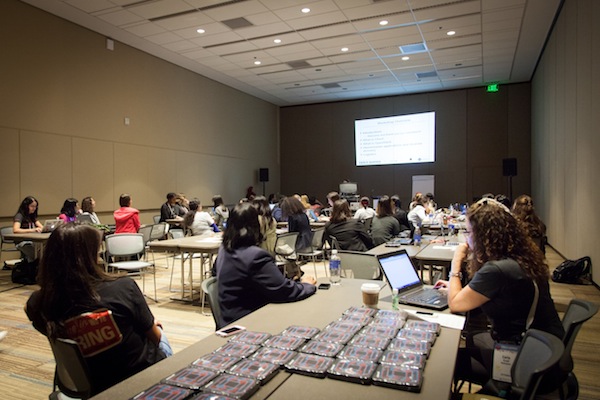 We divided the participants into smaller groups of five to six and each group had a dedicated group volunteer. We had two activities planned out for the OSD. During the first activity, the participants wrote a Python script to deploy two web servers with a HA Proxy server and a database server. The second activity involved deploying a demo Ushahidi application on cloud servers using Heat templates. Along with completing these activities, the participants were encouraged to architect and deploy their own solutions on the public cloud. 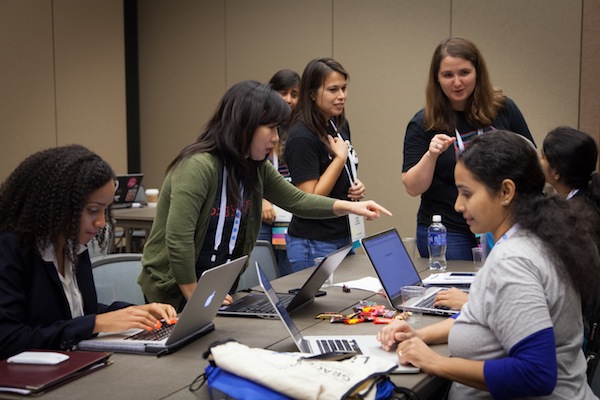 We had some pre-written base code in the GitHub repository to help the participants get started. We used OpenStack-powered Rackspace Cloud Servers for deployments. Some of the participants were more adventurous and even wrote code to backup their information using Swift/Cloud Files.

At the end of the day, one of the participants, Yanwei Zhang, demoed how after decommissioning one of the two Apache servers the application still could be accessed using the load balancer IP. 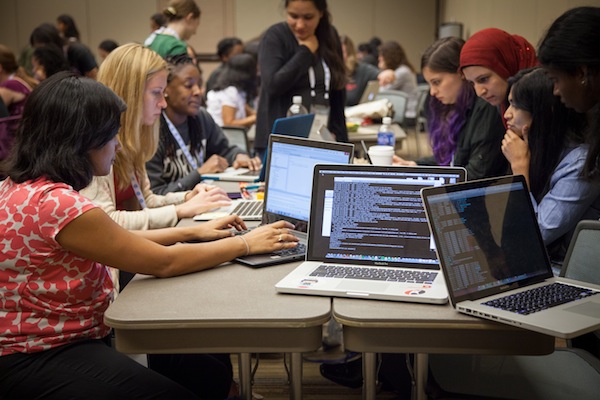 We received some great feedback from the participants. Here are some of the responses we received in anonymous survey:

“Got to learn about OpenStack deployment and meet some great women.”

“It was fun learning something new.”

“I liked the participation of the volunteers, their experience was great to hear!”

The Open Source Day would not have been possible without the help of the amazing volunteers who inspired the participants to keep hacking and learning. One of the participants mentioned: “The helpers were awesome, very positive, and obviously very enthusiastic about their work. Good job.” Overall, we had 14 volunteers, a mix of Rackers and graduates from the GNOME OPW program: Victoria Martínez de la Cruz, Jenny Vo, Sabeen Syed, Anne Gentle, Dragana Perez, Riddhi Shah, Zaina Afoulki, Lisa Clark, Zabby Damania, Cindy Pallares-Quezada, Besan Abu Radwan, Veera Venigalla, Carla Crull and Benita Daniel.

This is a post written and contributed by Egle Sigler and Iccha Sethi.

Egle Sigler is a Principal Architect on a Private Cloud Solutions team at Rackspace. In addition to working with OpenStack and related technologies, Egle is a governing board member for POWER (Professional Organization of Women Empowered at Rackspace), Rackspace’s internal employee resource group dedicated to empowering women in technology. Egle holds a M.S. degree in Computer Science.

Iccha Sethi is a long time contributor to OpenStack and has worked on the Cloud Images (Glance) and Cloud Databases (Trove) OpenStack products at Rackspace. She has been involved in several community initiatives including being a mentor for GNOME OPW program and is the founder of Let’s Code Blacksburg!

OpenStack Workshop At Grace Hopper Open Source Day 2014 was posted on at and is filed under community, Event, Uncategorized, Women of OpenStack..