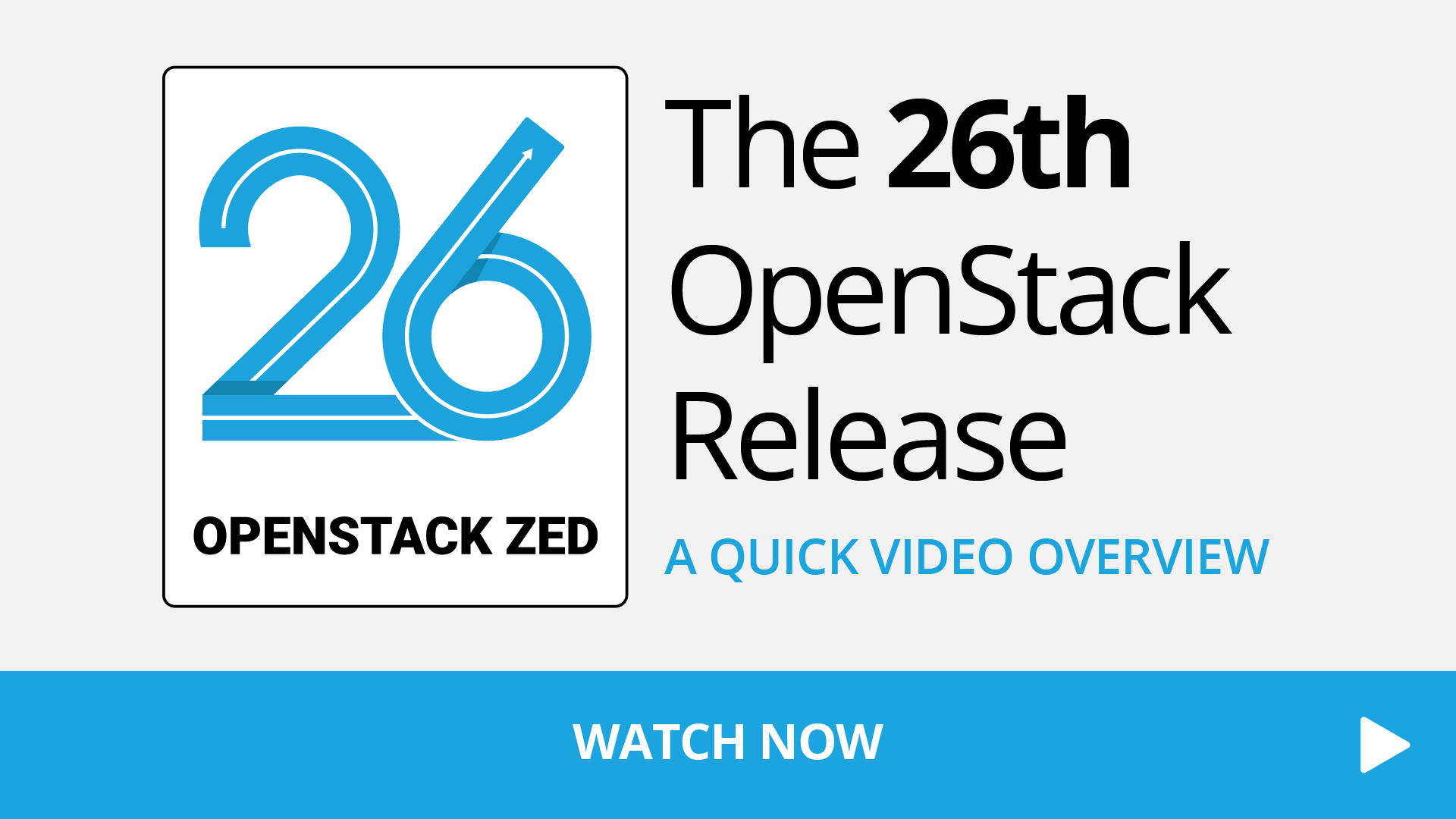 Zed highlights include enhanced security features and expanded hardware enablement. In addition, the OpenStack community is responding to user feedback through two new projects, Venus, which delivers log aggregation for large deployments, and Skyline, which promises an improved web UI.

OpenStack, the open infrastructure-as-a-service standard, is the one infrastructure platform for deployments of diverse architectures—bare metal, virtual machines (VMs), graphics processing units (GPUs) and containers. With more than 40 million cores in production and over 180 public cloud data centers worldwide running OpenStack, the community has steadily evolved to integrate emerging technologies like Ceph, Kubernetes, and Tensorflow over the project’s history, with more than 576,000 changes from over 8,900 contributors merged since 2012.

Hardware enablement advanced, extending support to broader vendor footprint: New backend drivers were added to Cinder: DataCore iSCSI and FC, Dell PowerStore NFS, Yadro Tatlin Unified iSCSI, Dell PowerStore NVMe-TCP, and Pure Storage NVMe-RoCE storage drivers. Cyborg now offers an Xilinx FPGA driver, which can manage Xilinx FPGA devices, including discovering devices’ info and programming xclbin. The community also proposes a spec of adding NVIDIA MIG for A100 devices. Multi-Instance GPU (MIG) is new feature in Cyborg that allows GPUs based on the NVIDIA Ampere architecture (such as NVIDIA A100) to be securely partitioned, which is different from VGPU feature; the MIG driver is needed to managed compatible with PGPU and VGPU. In Nova, Virtual IOMMU devices can now be created and attached to an instance when running on a x86 host and using the libvirt driver.

Improved Log Aggregation for Large Deployments: In conjunction with the Zed release, Venus is introduced as a one-stop log aggregation service tailored towards operators, allowing them to collect, clean, index, analyze, create alarms, visualize, and generate reports on OpenStack logs. Venus is of particular benefit to operators who are managing large OpenStack deployments, as it provides a way to quickly solve retrieved problems, grasp the operational health of the platform, and improve the level of platform management.

Improved Web UI: Skyline is a new OpenStack dashboard project with original code contributed by 99Cloud. Using a technology stack based on React, Skyline features a more modern webapp architecture and is designed to handle user requests and multiple current commands more gracefully than Horizon. Skyline is considered by the OpenStack Technical Committee to be in an "emerging technology state,” not yet ready for production.

Dedicated to the Memory of Ilya Etingof

The OpenStack Technical Committee and contributors to the 26th release would like to dedicate Zed in memory of Ilya Etingof, who passed away earlier this year. Ilya contributed significantly to the OpenStack Ironic project, and their community spirit, technical contributions and friendship will be greatly missed.

Thank you to over 710 contributors from 140 different organizations who contributed to the OpenStack Zed release.