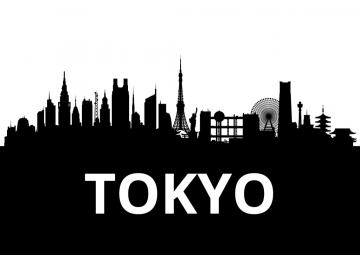 City Network, a leading European provider of infrastructure-as-a-service (IaaS) built on OpenStack, today announced an important expansion in Asia. As of 1st of January 2017, the company will launch a node for its IaaS City Cloud in Tokyo. Through this, City Network takes an important step in offering European customers access to its IT-infrastructure services on a global market. Since earlier, City Cloud runs in dedicated data centers in Europe and North America.

- We now continue our strategy of providing City Cloud on a global market. Asia is an incredibly important market for most European companies. With the on-going digital transformation, European companies to a large extent need a stable and scalable infrastructure service also in this part of the world, said Johan Christenson, CEO and founder of City Network.

As in Europe and North America, the IaaS in Japan runs on OpenStack, an open source-based software platform for private and public clouds. Through adding the Tokyo node, City Cloud is now one of the OpenStack-based public clouds that runs from the highest number of nodes globally.

Jonathan Bryce, CEO of OpenStack Foundation, the community behind OpenStack, commented on the news in connection to OpenStack Summit in Barcelona starting today.

– We are seeing dramatic growth of OpenStack-based applications worldwide, and APAC is leading the way, said Bryce. Public clouds powered by OpenStack are an important element of that growth, and City Network is a great example of how vendors are supporting that growth with their expansion into the Japan market.

IaaS is the area within cloud computing with the fastest growth rate. Analyst company Gartner expects a global growth of IaaS just over 38 percent in 2016 compared to 2015 *. As the leading European provider of IaaS, customer to City Network can now leverage the speed and the ability to build private, public and hybrid cloud services across Asia.

- Whether it’s about running the entire operations on City Cloud or a certain business unit, customers can now, and for the first time, leverage our IaaS as base for their digital development across the globe, Johan Christenson concludes.