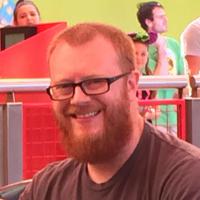 Cody Herriges Back to Speakers Bureau

Develop automation around the project and to provide compute resources.

Many of the core technologies and philosophies I hold dear today were instilled in me as a student employee while attending university at Portland State: simplicity, automation, and opensource.  After promotion to a full time employee as a Lead Unix admin I eventually made a transition to Puppet, after it moved its headquarters to Portland, OR.

I found that Puppet was a part of my daily life and had become the most important tool for getting things done in my infrastructure.  That fact convinced me that Puppet and automation was going to be the cornerstone of a modern technology stack, a movement I decided I wanted to be a part of.  Since then I've moved from Professional Service to Business Development with a healthy stint in SysOps building and manging our multiple cloud platfomrs. I now serve as a Senior Business Development Manager for Containers and Future Technology at Puppet, Inc

Presentations from previous and upcoming OpenInfra Summits:
Boston Austin
Willing to present via video conference: Yes
Willing to travel to any country: Yes
Fluent in