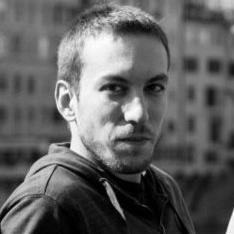 Xavier León Back to Speakers Bureau

Currently working with the Tempest framework for test automation

I'm a developer and researcher in large-scale distributed systems and an enthusiast of new technologies.

Currently, I'm a Software Engineer at Midokura, where I do whatever is required (from feature development, testing, automation, etc.). Lately, I've been involved in the development of our upcomming VPNaaS feature which is completely integrated with OpenStack through our Neutron plugin.

Previously, I was a Post-doc at Universitat rovira i Virgili (Tarragona, Spain) in the Department of Informatics and Mathematics working on the intersection between P2P and cloud computing, and provising QoS capabilities to the Hadoop file system.
I earned a PhD in Computer Science within the Computer Networks and Distributed Systems Research Group. During that time, I also co-authored several papers which appeared in high-impact publications, including the Future Generation Computer Systems journal (FGCS) and the INFOCOM conference. I also participated in a numeber of spanish (DELFIN, P2PGRID) and european projects (Grid4All, CONFINE, CloudSpace) as a Software Engineer.

Presentations from previous and upcoming OpenInfra Summits:
Austin
Willing to present via video conference: No
Willing to travel to any country: Yes
Fluent in