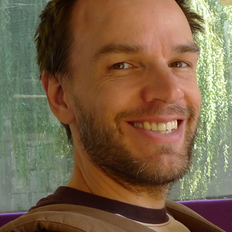 Christopher Aedo Back to Speakers Bureau

Solutions architect getting as many users as possible into OpenStack environments

Christopher Aedo, Developer at IBM, is an IT veteran for consulting, design and technology companies. He is also an outspoken public advocate for OpenStack, cloud computing, software defined networking, and software defined storage. He's recognized as a community thought leader and has spoken at numerous OpenStack conferences in addition to speaking or participating on panels in multiple international conferences, including OSCon, CloudOpen, PuppetConf, and Okinawa OpenStack Days as well as numerous regional developer groups.

Presentations from previous and upcoming OpenInfra Summits:
Boston Austin Portland San Diego
Willing to present via video conference: No
Willing to travel to any country: Yes
Fluent in