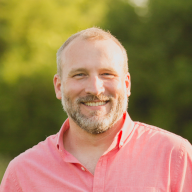 Ryan Beisner Back to Speakers Bureau

My focus is on the sustained community and commercial success of the OpenStack cloud platform, and the ongoing efforts of the OpenStack Foundation in the open-source cloud, edge, container, and virtualization ecosystems.

As the Engineering Manager at Canonical, Ryan leads a global team of open-source software developers who focus on delivering upgradable, supportable distribution methodologies and lifecycle automation tooling surrounding OpenStack, Ceph, and other open-source software infrastructure projects.  He and his team produce and maintain the Ubuntu Cloud Archive, one of the long-standing primary vehicles for OpenStack consumption.  His team's efforts ensure that OpenStack is a first-class citizen in the widely popular Ubuntu Linux distribution.

Ryan is an active member of the Board of Directors of the OpenStack Foundation.  He serves on the board’s finance committee, placing a strong personal focus on the areas of community and commercial sustainability.  He is a core reviewer in the OpenStack Charms project and a contributor to various other open-source projects, both within and adjacent to the OpenStack communities.

In 2018, he helped form the Ceph Foundation, bringing together Ubuntu, Canonical, the Ceph community, and many other organizations to support the ongoing needs of the Ceph project which is an important open-source distributed storage component in many OpenStack and Kubernetes distributions.

His background is in network engineering, software development, and open-source system integration.  His managed services business was acquired by a regional US-based ISP/telecom in 2009, after 9 years of successful operations.  He served as Director of Operations at the telecom, leading its private cloud infrastructure engineering and deployment efforts before shifting gears to focus on OpenStack and Ubuntu in 2014.