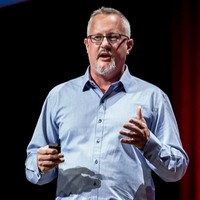 Mark Collier Back to Speakers Bureau

I am the Chief Operating Officer for the OpenStack Foundation, and work towards achieving the Foundation's mission on a full time basis.

Prior to working on OpenStack, I worked at Yahoo! as Sr. Director of Business Development focused on strategic partnerships in the music business (via Yahoo's acquisition of Musicmatch), and previously at Dell in product, marketing, and technical roles.

I joined Rackspace in 2009, in the role of Vice President of Business Development & Corporate Development, and began working on a plan (with Jim Curry, Rick Clark, Bret Piatt, Jonathan Bryce, Jason Seats, Lauren Sell and countless others) to fully embrace open source in the cloud, seeking Rackspace board approval and building alliances with NASA and 25 other organizations. This led to the launch of OpenStack in July 2010.

After launching OpenStack, my focus shifted full time to community building activitites to grow OpenStack, as Vice President of Business Development and Marketing for OpenStack.

The ecosystem and the brand have grown in concert, as new organizations that we've attracted have helped spread the word and improve the OpenStack software by hiring dozens of OpenStack developers, delivering solutions that meet the needs of users such as Cisco Webex, eBay, Mercado Libre, and Paypal.

In 2011, I began the work of establishing the independent OpenStack Foundation, along with Jonathan Bryce (now Executive Director) and many others throughout the community.  This open process included writing and revising the basic structure, principles, and ultimately the bylaws in an open manner, until we launched the new independent foundation in the Fall of 2012.  The establishment of a User Committee is one of the most vital components of the new structure, IMHO, as in the end the software is for the users, and that is who we must fight for.

Outside of OpenStack, I love music, Austin, BBQ, wakeboarding on Lake Austin, and basketball (Rockets & Longhorns fan). I sometimes make angel investments but I mostly juggle working on OpenStack and spending time with my family. I usually go by "sparkycollier" on the interwebs, which is my way of honoring my late, great, Great Dane Sparky.