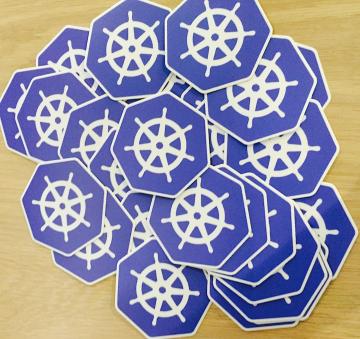 by Nicole Martinelli (as featured on Superuser)

Sometimes a demo can go almost too well.

By the time Craig Peters and Georgy Okrokvertskhov took the mic to show how OpenStack support for Kubernetes makes managing Docker containers pretty much a point-and-click operation, the crowd at the Kubernetes San Francisco meetup was almost hoping for a glitch.

Instead, in just under 10 minutes, the pair did a seamless walk-through of how to set up a Kubernetes cluster using OpenStack in the final demo of the night. The key component of the demo was Murano, a new application catalog available in the OpenStack StackForge repository. (If you’re running OpenStack and want to try out the Kubernetes integration, you should install Murano now. Murano is an exciting new project that you can contribute to and help drive the direction.)

During the demo, Kubernetes appeared just like any other application inside Murano: a cluster was created with a simple drag-and-drop from the point-and-click interface Horizon. Murano then works its magic with OpenStack Orchestration Heat to create all the resources, networking and compute, needed to deploy the cluster. Once the Kubernetes cluster was set up, the presenters added pods and applications from the Murano catalog. That’s it. The pair from Mirantis asked for questions, but there were none, so participants shifted to the bar where drinks and food were offered courtesy Intel.

Over 100 people — with standing-room only at the back — filled co-working space Galvanize in the city’s SOMA district for the meetup. Other demos included Clayton Coleman on OpenShift 3 and a true nail-biter by Kelsey Hightower from CoreOS as he live demoed Kubernetes' capabilities for self-healing, automatic scaling and rolling upgrades.

The partnership comes at a crucial time. Many private and public cloud users want to integrate tools like containers into their orchestration platform. Containers won't solve every workload, so companies need a tool to tie it all together. To work, that tool must be integrated into their systems, flexible and broadly supported, while bringing in the right technologies for the right use cases.

Craig McLuckie, a product manager for Google’s cloud services, sat down with Superuser to tell us more about what this all means.

“We look at it as a way to address our major customer’s needs around the hybrid cloud,” McLuckie says. “Our customers want to bring Google’s style of management to their IT environment, but it has to extend to public and private cloud,” he adds. “[The partnership] greatly extends the reach of Kubernetes to a broad array of users deploying OpenStack to their private clouds. Those users experience Google-style cluster management in this environment.” McLuckie says that he hopes OpenStack users will like it so much they’ll migrate to the public cloud, potentially becoming customers for Google’s public cloud services.

At the time, there were so many container management tools coming out that some predicted an “arms race.” But McLuckie says he hopes there will be no container wars, adding that “the technology is nascent. There’s a lot of work for everyone to do. I certainly feel that everyone’s going to benefit from a concerted push forward. There’s so much value to be had,” he adds. “I would not want to participate in any form of container wars, and Google is determined to work in a community-friendly fashion.”

McLuckie says he’s “psyched” about open source, which brings a different kind of competitive edge thanks to its virtuous cycle. “I look at what we’ve done with Kubernetes and I’m awed by what companies including Red Hat and CoreOS have brought to the table. They’ve made it so much better than what we could have done by ourselves.”

OpenStack COO Mark Collier agrees, calling this a “very exciting time for OpenStack users and developers looking for ways to integrate and take full advantage of whatever strengths the technology has.”

Google choosing to open source the code with an Apache 2.0 license makes it even more accessible to people. As a result, he adds, “We’re starting to see some early experimentation, searching for the right places to integrate Kubernetes into an OpenStack cloud.”

“We’re just scratching the surface of how the our communities can work together,” Collier says.