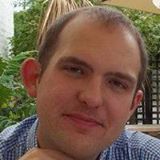 John Garbutt Back to Speakers Bureau

I am interested in making OpenStack a great platform for all sizes of cloud, and sharing that news with the world.

John is a Principal Engineer working on the convergence of OpenStack and HPC with StackHPC. John has been involved with OpenStack since December 2010, and is currently a Nova core reviewer. Between April 2016 and April 2018 he served as a member of the OpenStack Technical committee. He was Nova PTL for the Liberty and Mitaka releases. After studying Computer Science at the University of Cambridge, he worked at Citrix as a Software Developer on a variety of user interfaces. In December 2010 he joined the Citrix team looking at better integration of Citrix products with OpenStack. He later moved to Rackspace working on both their public and private OpenStack based cloud products, including working with Intel through OSIC. As a Principal Engineer at StachHPC John now leads a variety of projects looking at the convergence of OpenStack and HPC. He has spoken at many events including the OpenStack Summit, RCUK Cloud Workshop, Xen Summit, FOSDEM IaaS Dev Room, CloudEast, London OpenStack Meetup Group. John works from his home near Cambridge, UK.