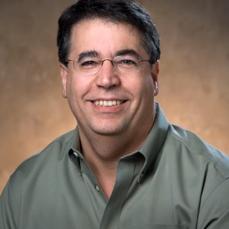 Fernando Oliveira Back to Speakers Bureau

Fred Oliveira joined Verizon through the acquisition of CloudSwitch Corporation (http://web.archive.org/web/20130823173303/http://www.cloudswitch.com/), where as Chief Architect , he led the technology architecture and direction, and brought a wealth of experience in envisioning, designing and developing cutting-edge products. Prior to joining CloudSwitch, Fred was Chief Architect of the Cloud Infrastructure Group at EMC where he led the development of the Atmos next generation, multi-petabyte, policy-based storage system. He took this product from conception to initial customer delivery in an unprecedented two years time, building a new development team to over 100 people distributed across multiple continents.

During his 10 year tenure at EMC, Fred was named a Distinguished Engineer and was a Senior Technologist in the Office of the CTO, where he led the technical due diligence of several potential partners (including VMware, Documentum and Smarts)  and technologies, and also managed the architecture teams for the Invista and PowerVolume products. He joined EMC through the acquisition of Conley Corporation, where he was Director of the PowerPath product. Before EMC, Fred held leadership roles at Stratus Computer, Apple Computer and Kendall Square Research.

Fred has a BS in Electrical Engineering and Computer Science from the University of Connecticut and has been granted more than 20 patents in the virtualization, system software and storage areas.