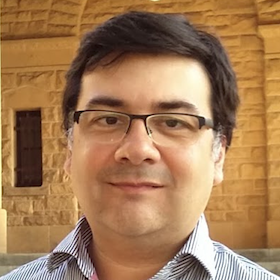 José Miguel (JM) is an Electrical Engineer from Universidad de Chile, who has been involved in Telecom and Software industry for the last 20 years.

He started his career in ENTEL Chile, developing the F/R, ATM, IP and MPLS national networks, and later on in charge of Engineering and Operations, very motivated at introducing software automation in day-to-day operations.

After ENTEL he funded software and telecom companies in Chile, that were successful at deploying hardware and software solutions for Telecom Operators in Latin America. Particularly he developed a “whitebox” traffic redirector in 2003, that was deployed in several operators.

In 2007 he joined Google (Mountain View), in roles as Peering Coordinator, Strategic Negotiator, and Head of Content Distribution for Latin America.

Currently, JM is a Senior Cloud Architect at Whitestack, aimed to build private and public clouds in Latin America, and integrating SDN and NFV in Telecom Operators.

Presentations from previous and upcoming OpenInfra Summits:
Berlin 2022 Denver Vancouver, BC
Additional presentations:
Willing to present via video conference: No
Willing to travel to any country: Yes
Fluent in