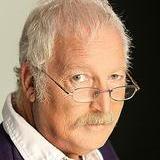 To finish my career in technology on something spectacular like OpenStack

Bruce has been a Senior Solutions Architect in the computer industry for almost forty years, working at Information International, Inc., Symbolics, Inc. Prime Computers, Inc., Computervision, Sun Microsystems, Hewlett-Packard, and now Mirantis. During his career, Bruce has provided integration services, application development, and large scale deployments for major corporate initiatives at companies such as PayPal, Salesforce.com, Wells Fargo, McKessen, Intel, and Dreamworks, Technicolor, American Express, CitrixOnLine, and Amgen to name a few. Bruce became involved with OpenStack in 2010 as a member of Hewlett-Packard’s Public Cloud team where he successfully on-boarded more than fifty customers, migrating application services from in-house to OpenStack on versions from Diablo+ to Grizzly, living with them through the upgrade process. Bruce was also heavily involved with the initial release of HP’s Helion Openstack based on the Juno release. Bruce has maintained an active role in the OpenStack, Big Data and Open Source communities through to the Ocata release. In addition, Bruce has now enhanced his skillset to include CI/CD pipeline ecosystem Drive Train elements such as Jenkins, Garret, JFrog, etc. Salt and Minion Orchestration framework and containerization platforms such as Kubernetes, including all operational aspects of the Master server side services, ETCD, FLANNEL, KUBE-APISERVER, KUBE-CONTROLLER-MANAGER, and KUBE-SCHEDULER services and MINION Services KUBLET and KUBE-PROXY and various network frameworks such as Calico. Bruce is certified as an Administrator for OpenStack, Cloudera, and MapR.