Bots and Their Effects: Gerrit, IRC, other

Our Install Guides Only Cover Defcore – What About Big Tent?

Poppy and our Open Core discussion

The Poppy team applied to add the project under OpenStack governance. Poppy, for those of you not familiar with it, provides CDN as a service. It’s a provisioning service – like other projects in OpenStack, such as Nova – but for CDNs. The overall proposal seemed to be fine except for one thing, there are no open source solutions for CDNs. This means Poppy provisions CDNs based on other commercial services and it requires consumers of Poppy to have an account in one of those CDN services to be able to use it.This presents several issues from an OpenStack perspective. One of them is the one mentioned before, which is that using Poppy requires clouds to rely on other CDNs. Another issue is that there is not good way to test the service in OpenStacks gates as there’s no open source solution for it. The OpenStack infra team won’t be subscribing to any of those CDN services for testing Poppy and nor is the Poppy team either.

There were quite a few discussions on this topic and the TC voted on whether the open core “issue” was critical enough to allow or reject Poppy from the big tent. In the review, there are different points of views on whether Poppy is actually Open Core or not and whether it should be allowed into OpenStack’s big tent regardless of the lack of an open source CDN solution. Ultimately the TC decided to reject the Poppy proposal in a close vote, 7-6.

As Russell Bryant puts it well in this Foundation mailing list thread, the OpenStack mission statement has held up pretty well for the life of the project. Discussions started about updates to ensure we include some key themes as focus areas for our growing community: interoperability and end users needs. The OpenStack technical committee has created an iteration on the mission statement, and the board is discussing as well. Take a look at the revisions so that our modifications can get buy-in across the community.

This new tag allows for indicating which deliverables follow the stable policy. The existing `release:has-stable-branches` tag that had been used so far ended up only describing if a deliverable has a branch called “stable/something”, and therefore did not properly indicate that stable policies are being followed. The new tag aims to cover that area and should eventually completely supersede the existing tag. You can read more about this tag in the tag reference page.

This blog post was co-authored by Flavio Percoco and Thierry Carrez.

The stable:follows-policy Tag Is Official, Projects Need To Start Applying For It

Reminder: WSME Is Not Being Actively Maintained

Status Of Python 3 In OpenStack Mitaka

We’re looking for a new design to grace OpenStack’s T-Shirts in 2016. Here’s your chance to show us your creative talent and submit an original design for our 2016 OpenStack T-shirt Design Contest!

If you’d like to participate simply send a sketch of your design to [email protected].

The winning design will be showcased on T-Shirts given out at an upcoming OpenStack event as well as on the new OpenStack online store!

For some inspiration, check out last year’s winning design by Joline Buscemi. Get your pencils sharpened or fire up your design software of choice and send us your sketches! We’re excited to see what you’ll come up with!

A Proposal to Separate the Design Summit

How to Split up the events 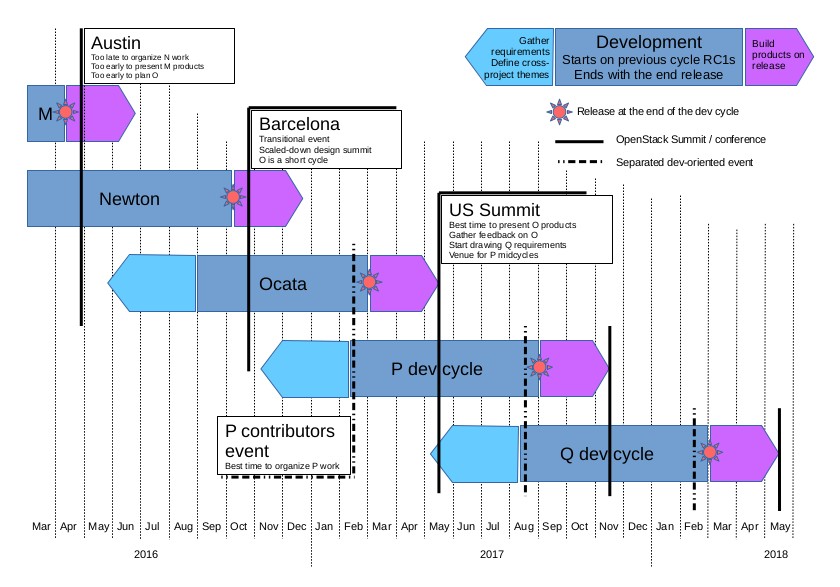 All Hail the New Per-region PyPI, wheel and APT Mirrors

Why WADL When You Can Swagger

Service Type vs. Project Name For Use In Headers

The Trouble with Names